Careful: Researchers Successful in Soundwave Attacks on Devices That Are Part of the Internet of Things

Although there are loads of security vulnerabilities built into IoT devices, there are some simple steps to take to protect your business. 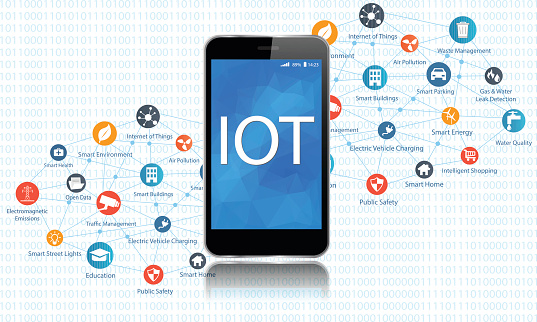 When the Internet of Things was first talked about, cyber security experts raised concerns about how the IoT brings a new level of convenience to many routine tasks such as turning lights on and off or creating shopping lists from a “smart” refrigerator; the price though is low or no security for these devices.

These applications share a common vulnerability – sensors that transmit sound waves can manipulate data. However, the IoT has other pressing vulnerabilities.

Homes today, have as many as 15 devices connected to the internet and are part of the Internet of Things. While the above example about sound waves successfully being weaponized for attacks on MEMS is complex, other hacking schemes aren’t. In October of 2016 hackers, using a software program called “Mirai malware,” found hundreds of thousands of unsecured IoT devices, linked them together into a botnet and waged a successful denial of service attack against a security website named KrebsonSecurity. Worse, this software is free for download on the web.

Most IoT devices have no security.

Clifford Neuman, director of the Center for Computer Systems Security at the University of Southern California said:

“Five years ago, most people couldn’t easily access the security cameras in their homes or use the internet to turn off lights throughout the house. But now, these things are easy-to-use, mass-market devices and hackers are using them as a stepping stone to launch attacks.”

Consumers are slowly becoming aware of the potential for security breaches for IoT devices. A survey by Vormetric found that:

Business and consumer IoT users occasionally overlap with concerns; following are some of the top security concerns with the IoT.

Tips to Protect Your Business from Internet of Things Attacks

Although there are loads of security vulnerabilities built into IoT devices, there are some simple steps to take to protect your business. They follow:

Help is waiting for you. Alliance Technology Partners in Chesterfield is a trusted source for IoT security support as well as providing you with up-to-date information, hacks, tips, and tricks for IT. (314) 391-9888 or info@alliancetechpartners.com us for more information.